Robotics in Manufacturing: The Future of Cutting, Bending and Welding 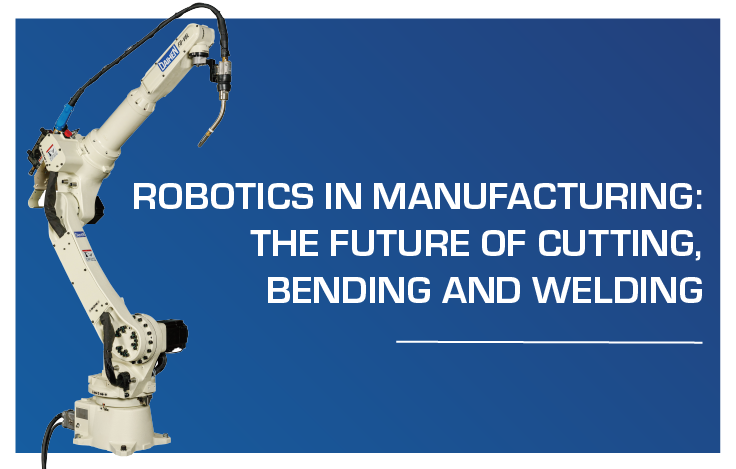 The looming skilled labor challenges have led manufacturers in nearly every industry to integrate more robotic automation than ever before.

“Company owners and plant managers I have talked to know that the future of their companies rests with automation,” says Brad Kuvin, editorial director with Precision Metalforming Association’s MetalForming and 3D Metal Printing magazines.

“It’s automation from the time that material enters your plant until it exits your plant … People are automating everywhere, and that trend will only continue to grow.”

In 2021, U.S. factories ordered more robots than ever before (a 37% increase from the previous year) in the first nine months as they struggled to recruit labor, according to the World Economic Forum.

A poll from FABTECH 2021 found that participants were most interested in new technologies in cutting, with bending and forming, lasers and welding machines close behind.

Both Kuvin and Mohr say they have seen major technological advancements in these manufacturing processes in the last 5-10 years. Processes are less time-consuming and more accurate, leading to higher productivity overall. Automation has emerged in many areas of the factory floor, from software systems and built-in smart technologies to multi-robot production cells.

“There is an industry trend in cutting and bending technology toward improved bend angle accuracy when it comes to press brakes, and improved edge quality when cutting parts on lasers,” Kuvin says.

“It all leads to increased productivity, increased throughput, and better fit-up when parts move downstream to welding. Shops don’t have to worry about fit-up in the robotic welding cell - the robot is ready to go … Everything we hear in the last couple of years is that robots are productive, so the challenge becomes feeding those hungry robotic cells.”

Boosting Consistency Across the Plant Floor

Applying automation into more processes will only continue to grow as manufacturers look to gain more consistency.

“Being able to control processes with automation, whether through software or a machine, allows them to be more efficient, more accurate,” Mohr says.

Manufacturers today are looking for how to gain consistency from the time they get a job order until the time it leaves their facility. Automation allows them to control that consistency, from machine to machine, shift to shift, no matter the experience of the employee.

A 2021 study by the Workforce Institute of UKG found 54% of manufacturers achieved year-over-year growth, despite combatting the pandemic while also facing escalating workforce issues.

“People on the shop floor are going to transition into different types of roles,” Kuvin points out.

Employees now are being upskilled, trained in how to program, operate and maintain advanced machines. Manufacturers are seeking automation engineers and trade school graduates trained in robotics.

“People entering the manufacturing workforce prefer this work. Welding is a good example of a process that may not always provide an ideal working environment, so if you can automate that process, why wouldn’t you?” Kuvin says.

“You will need employees trained not only in how to program and operate the automated equipment but also how to maintain it. It’s a whole new ball game.”

He had been researching automation for several years and had visited a peer’s shop floor where a half dozen OTC DAIHEN robotic systems were in operation.

“Just seeing the quality he was getting, the consistency and then how he was able to take the skilled labor and apply it elsewhere vs. manning that person behind a weld booth all day” was the proof he needed, Seniff says.

He also purchased an OTC DAIHEN LT-ARC custom with one robot that runs seven welding stations. He is now looking to expand the system with a second robot due to growth in orders. 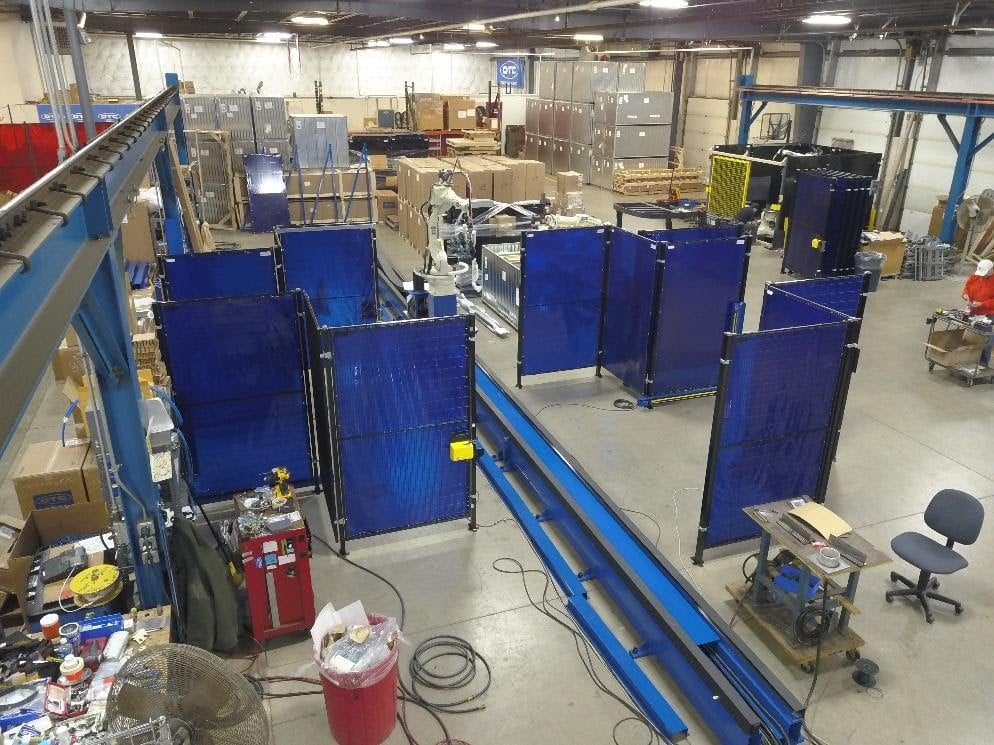 Determining the ROI of Robotic Automation in Manufacturing

Seniff says his company goal is to “be the best in our business in the most highly automated facility.”

He adds that automation is not about replacing people. It’s about manufacturers solving how to produce when you can’t get people. Like manufacturers everywhere, Seniff faced skilled laborers leaving jobs and retiring with fewer applicants coming in.

How did Seniff make the decision to invest in robotic welding?

“At the end of the day, it is the return on investment,” he says. “You can have eight guys running 25 robots. You are gaining capacity because one guy can run multiple robots.”

When Mohr assists customers in determining ROI, he says they typically see it costing around $1 an hour for every $10,000 spent. Therefore, a $100,000 robot is a $10 per hour ($80 per shift) machine to have on the floor. Justifying the cost then boils down to how much more product and/or less labor costs are needed to cover that $80 per shift.

Investing in automation also has been an opportunity for some manufacturers to cut costs by bringing back in-house production they had to outsource due to not having laborers.

Taking a Phased Approach into Automation

For manufacturers looking to automate for the first time or looking to expand their automation capabilities, Seniff advises, “Do your homework.”

“Not all robotic systems are the same. Visit facilities that have these systems. Talk to the operators, talk to the owners … the real selling point is knowing these people actually saw the results, saw the return on investment.”

He also recommends taking a phased approach and finding the right people on the shop floor who will run with it.

Seniff admits some of his guys were afraid of it when he first began researching robots several years ago. They saw it as a threat to their jobs.

“They needed to know how it will help the company and lead to opportunities,” he says. “It's all about having the right people who are going to adapt to automation. My guys have really embraced it.”

Will Manufacturers Who Automate Outpace the Others?

The thought process used to be that the small shops, 20-man fab shops, didn’t need to automate. Robots were for large OEMs. But that is not the reality now, Mohr says. Smaller shops are having to automate faster than large companies because they can’t grow if they are short even a few employees.

“I have been hearing from just about every metal forming company and fabricator I have talked to that they are hiring and training skilled workers, but they also are investing more than ever before in automation and robotics technology,” Kuvin says. “The ROI is there.”

Learn more about robotic welding systems in the OTC DAIHEN Buyer’s Guide. Compare the differences in models, features and costs.

Get new articles and videos sent directly to your inbox!