Do Robots Steal Jobs From Welders? Our Experts Weigh In 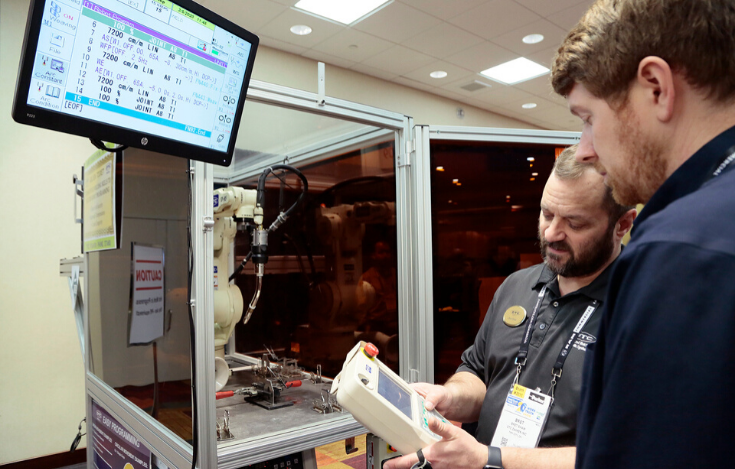 Robby the Robot. HAL from 2001: A Space Odyssey. Ash in Alien. As long as robots have been around, people have been mistrustful or downright afraid of them.

The welding industry is no exception. Many companies - and welders themselves - fear the changes a robot would bring and the jobs it could replace.

The truth is, a well-implemented welding robot doesn’t take the place of a human. We’ll explore this concept more below and show how robots can actually benefit both companies and the skilled welders who work there.

The Welding Workforce is Aging

First, a snapshot of the current welding workforce climate:

As the welding workforce continues to age, it’s important to think of the longevity of your employees. If you struggle to find and retain skilled workers now, you may continue to have these problems in the future.

“We have an aging workforce,” says Chris Sharp, Regional Sales Manager at OTC DAIHEN. “Sometimes automation can even extend a welder’s career by them not having to be under the hood eight hours a day.” 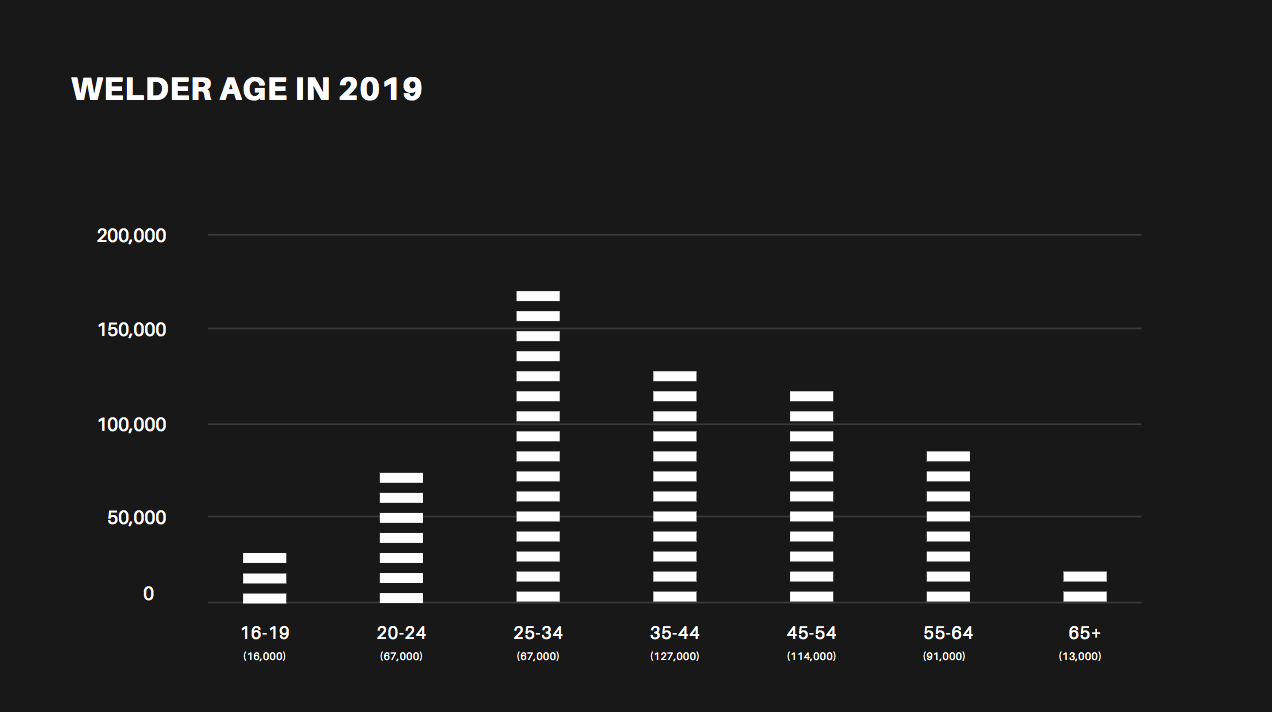 You know a good welder can be hard to find and is worth their weight in gold. So why would you invest in a robot to replace that person?

“People have to understand, robots displace welders, they don’t replace welders,” says Tony Tushar, Regional Sales Manager at DAIHEN. “And when I say displace, maybe there’s product the robot cannot weld, but you still need a person. And you need a person to run the robot also.”

So robots can augment the work a shop is already doing and give employees more variety in their daily tasks. But what if someone doesn’t know how to program a robot?

“We’re going to teach them how to use this robot and how to program it - and we want a welder running it,” Tushar says.

A person who formerly spent most of their day welding one part over and over can now manage a robot that might weld multiple parts, or a group of robots each welding a part. The key to successfully using robots and automation at any company is by starting the process with the welders themselves, says Sharp.

“The welders really are the experts in these companies, and everything they know about manual welding still applies to robotic welding,” he says. “It gives them the opportunity to learn an advanced skill set to add on to what they already know.”

Besides speeding up processes, robots can also help eliminate some of the often-tedious rework that comes with welding. Cleaning up spatter, for instance, can be reduced or even eliminated with a robot that doesn’t create that issue in the first place. And that equals a higher-quality product and more efficiency.

Have another question about robotic welding? Check out our FAQ page >>

Are Robots Safe for Workers?

Business owners may be thinking about the potential safety hazards that might come with a robot and exposing their workers to it.

“We always do a risk assessment - asking, ‘These are the guidelines and designs of our cells; are we minimizing the risk so that when this system is sold, it’s guaranteed that the customer will be secure and safe in what they’re getting?’” says Tushar. “There’s a reason we go through what we go through in terms of safety preparation.”

In addition, welding robots can make the job safer for people by performing some of the more dangerous tasks for them. And protective equipment, light curtains, hard-barrier doors, and other safety measures ensure people and moving robots aren’t in the same space together at one time.

Bottom Line: Can Robotic Welding Benefit Your Employees and Business?

Sharp has a final word of advice for companies considering automation: “Companies that aren’t making this investment to help solve the labor crisis have two choices. They can outsource all their fabrication to companies who have made that investment. Or they just stop doing it and change their business model. Each of those two things is a crossroads.”

Investing in robotic automation for your company is a big decision and involves weighing multiple pros and cons. But knowing that robots don’t have to steal jobs from workers could help make a difference in your decision.

If you’re weighing the costs and benefits of automation, you can download our free weld cost analysis to help you compare numbers and see the impact of making the investment for your company.